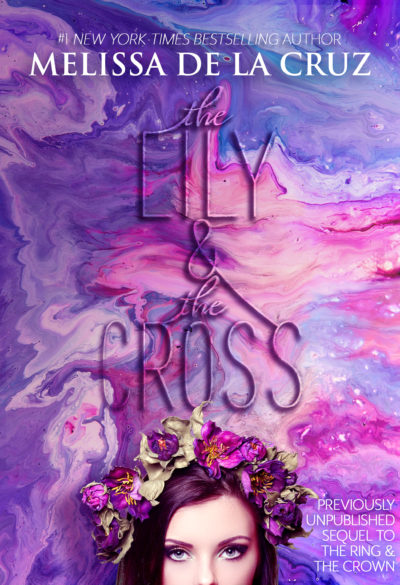 The Lily and the Cross

The glamour and enchantment continues in the sequel to bestselling author Melissa de la Cruz’s The Ring and the Crown.

After a wild season of ballroom dances, magic, high treason, and wars abroad, Marie-Victoria Grace Eleanor Aquitane, Princess Dauphine of the Franco-British Empire, joins in matrimony with the Kronprinz of the Prussian Empire, Wolfgang Friedrich Joachim von Hohenzollern. “Wolf” for short. On the night of Wolf and Marie’s wedding, her mother, Queen Eleanor, dies suddenly and ends a centuries long reign.

Bound by blood magic, the Queen’s mage, Merlin, gives up his own mortal form. His passing leaves daughter, Aelwynn Myrddyn, as the most powerful magician and new Morgaine of the Realm.

Set to ascend the Lily Throne, Queen-Designate Marie needs all the help her magical confidant Aelwynn can provide, but malevolent forces seek to tear them apart. A spectral fog brings ships of war. Isabelle of Valois, Lady Orleans, fights for her own kingdom now stripped away. A mysterious first cousin twice removed, Henri de la Rouchefort, seeks the services of Ronan Astor a beautiful, American socialite and fine milliner, to make a new royal crown, but for whom?

The fate of the empire and even the world is as stake in this dazzling continuation of the Ring and Crown series.

This book is an unedited first draft of the previously unpublished sequel to The Ring and the Crown. Proceeds from the sale of this title will benefit the YALLWEST book festival and its school outreach programming, bringing books and authors to underserved communities.