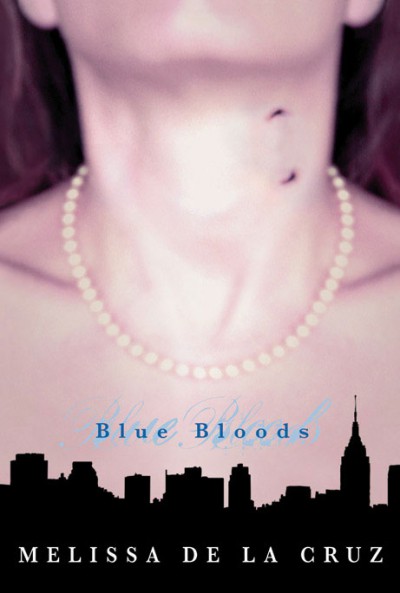 Within New York City’s most elite families, there lurks a secret society of celebrated Americans whose ancestors sailed on the Mayflower. They are the powerful and the wealthy—and in fact, they are not human. They are the Blue Bloods, an ancient group of vampires.

Schuyler Van Alen has never fit in at Duchesne, her prestigious New York City private school. She prefers baggy, vintage clothes instead of the Prada and pearls worn by her classmates, and she lives with her reclusive grandmother in a dilapidated mansion. Schuyler is a loner—and happy that way.

But when she turns fifteen, Schuyler’s life changes dramatically. She has a mosaic of blue veins on her arms, and craves raw meat. The death of a popular girl from Duchesne is surrounded by a mystery that haunts her. And strangest off all, Jack Force, the most popular boy in school, is showing a sudden interest in her.

Schuyler wants to find out the secrets the Blue Bloods are keeping. But is she herself in danger?

Steeped in vampire lore and set against the glittery backdrop of New York City, Blue Bloods will be devoured by fans of Melissa de la Cruz.