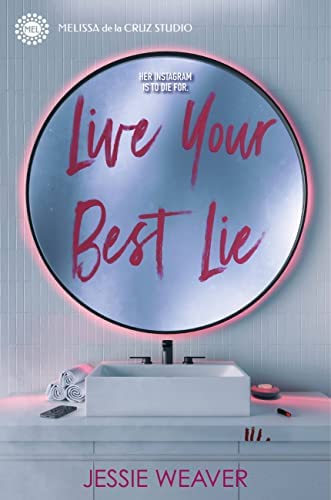 Social media influencer Summer Cartwright leads a charmed life: millions of followers, the trendiest designer and vintage clothing in her closet, a newly minted book deal, the coolest friends, and until recently, the hottest boyfriend at her über elite prep school. Every moment of her life has been carefully planned and cultivated to complement her “perfectly imperfect” online persona. She is truly #LivingHerBestLife.

But when Summer goes missing during her annual Halloween party and an unscheduled post appears on her feed claiming she’ll be dead in the next five minutes, those closest to Summer—her bestie, her ex-boyfriend, her frenemy, and her wannabe—know it isn’t a media stunt for attention. It’s not Summer’s brand. Something is wrong. When their investigation leads to Summer’s lifeless body, they’re forced to accept that she was murdered. And no filter is strong enough to mask the lies they tell themselves.


Told in multiple POVs interspersed with social media posts and flashbacks, Live Your Best Lie has twists and turns that will keep readers turning the page and no one will be able to guess the ending.