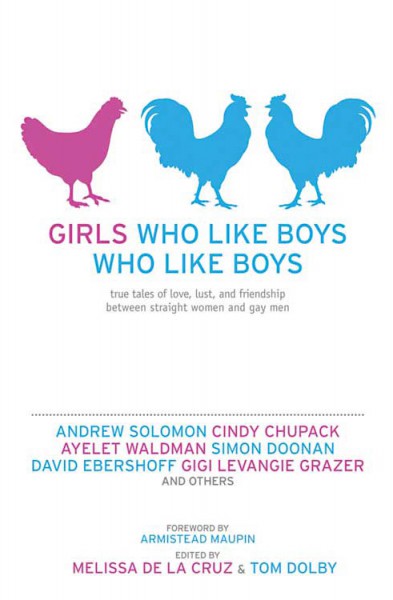 A celebration of the most important relationship in a straight girl’s life—her gay best friend.

Thanks to iconic duos such as Sex and the City’s Carrie and Stanford and the title characters of Will & Grace, the love affair between straight women and gay men has moved into the mainstream. Never before, though, has a book looked at these friendships in the real world.

The editors, themselves best friends, have put together this collection of hilarious and poignant never-before-published essays that explore this unique relationship. In addition to stories about single girls and gay guys bonding over shopping sprees and brunch, these stories chronicle love and lust, infatuation and heartbreak, growing up and coming out, and family and children.

Straight women and gay men alike will relate to these tales from a diverse array of contributors, ranging from literary novelists to Emmy Award winners, single girls about town to mothers of four, downtown performance artists to Hollywood scenesters. This definitive anthology, the first of its kind, proves that more durable than diamonds, straight women and gay men are each other’s true best friends.

A share of the proceeds from this book will benefit The Trevor Project, a nonprofit organization dedicated to helping gay teens.