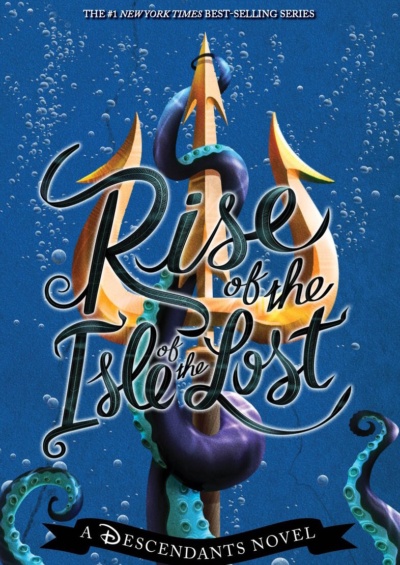 Rise of the Isle of the Lost: A Descendants Novel

Ride with the tide!

Deep beneath the waves, King Triton’s powerful trident has passed through the magical barrier that surrounds the Isle of the Lost-keeping villains in and magic out. And when Mal’s longtime rival Uma, daughter of Ursula, gets wind of this, she can’t believe her luck. The tide has dragged in something good for a change, and Uma is determined to get her wicked hands on it. But first, she needs a pirate crew.

A storm is brewing back in Auradon, and when Mal, Evie, Carlos, and Jay hear that the trident has been washed away, they realize they’ll have to find it before anyone from the Isle does. Luckily, they seem to have a talent for locating missing magical objects.

As Uma readies for the high seas alongside Harry, son of Captain Hook, Gil, son of Gaston, and the toughest rogues on the Isle of the Lost, the reformed villains of Auradon devise their own master plan. And with King Ben away on royal business, they won’t have to play by all the rules. Using bad for good can’t be totally evil, right?

The thrilling, perilous race to the trident pits old friends-and current enemies-against each other with the future of Auradon on the line. Both teams might like to make waves, but only one will come out on top of this one.