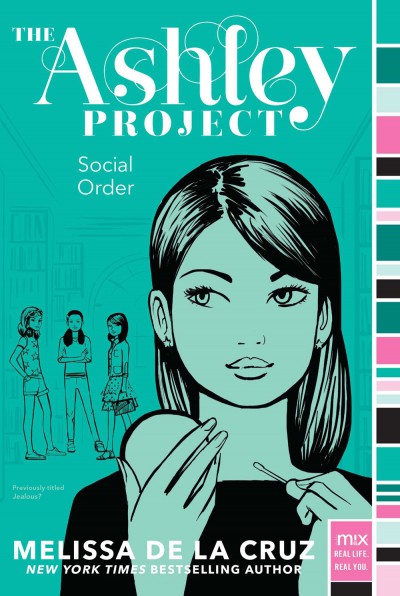 Publication Date: originally published as Jealous? The Ashleys #2 in January 2008, re-issued as The Ashley Project Social Order in June 2014

Lauren Page is well on her way to becoming an Ashley in the second book in The Ashley Project series from bestselling author Melissa de la Cruz.

After Lauren Page’s unexpected and brilliant maneuver at the fall VIP dance, she is in so tight with Ashley Spencer, the number one Ashley, that she might as well be Ashley’s favorite pair of designer jeans…although everyone knows how quickly those can go out of style.

When a new website, AshleyRank.com, starts to take off, it seems like for the first time since kindergarten it’s open season in the popularity race. The website pits the Ashleys against one another and turns the school’s social order upside down. Lauren sees an opportunity to truly belong to the in-crowd, Lili and A.A. see a way up and out from under the queen bee’s shadow, and Ashley Spencer sees a chance to prove there’s only room for one Ashley at the top.

[Social Order was originally published as Jealous? and now features a new cover and title.]