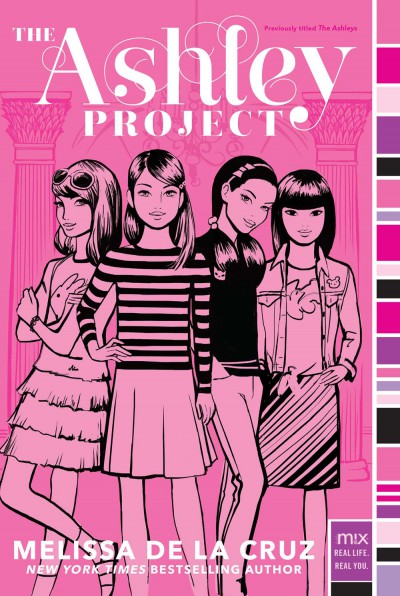 Think you know mean girls? Meet the Ashleys in this start to a fashion-savvy series from bestselling author Melissa de la Cruz.

Meet The Ashleys. Ashley Spencer, Ashley “Lili” Li and Ashley “A. A.” Alioto are the queen bees of Miss Gambles Preparatory School for Girls. They have it all: they’re rich, gorgeous, impeccably fashion forward, and everyone wants to be them.

And then there’s Lauren Page. Former loser, she’s changed her ways now that her father’s company went public last month. Lauren’s upgraded to a mansion in Pacific Heights with a view of the marina and a Bentley with a driver named Thomas. Last year she was a nobody, but this year is going to be totally different. Lauren’s gone from geek to goddess, bargain-basement cast-offs to off-the runway couture… and she’s had enough of the current regime. Her parents tried, but they got it wrong: her name is Lauren, but she’s so obviously an Ashley.

[The Ashley Project was originally published as The Ashleys and now features a new cover and title.]