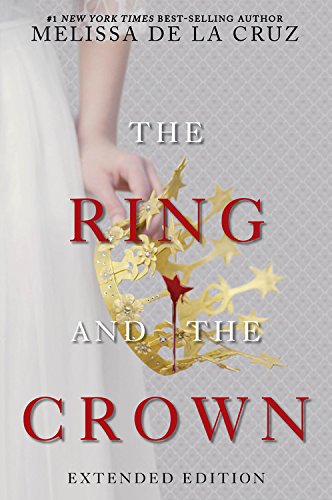 The Ring and the Crown Extended Edition

In this extended edition of #1 New York Times best-selling author Melissa de la Cruz’s dazzling tale of glamour, enchantment, and betrayal, love is risked and lives are lost in a desperate battle to save the kingdom from a devious foe determined to control the empire.

Once, they were inseparable, just two little girls playing games in a formidable castle. Now Princess Marie-Victoria, heir to the mightiest empire in the world, and Aelwyn Myrddyn, a bastard mage, face vastly different futures.

As the annual London season begins-a whirlwind of wealth and magic marked by lavish parties and gorgeous girls vying for the attention of young royals-the talk of the town is Ronan Astor, a social-climbing American with only her beauty to recommend her. After falling for a handsome rogue on the voyage over, she must balance her desire for love with her duty to save her family’s position.

Meanwhile, Isabelle of Orleans finds herself cast aside by Leopold, heir to the Prussian crown, in favor of a political marriage to Marie-Victoria. Isabelle is bent on reclaiming what is hers, but Marie doesn’t even want Leopold-she lost her heart long ago to a boy she will never be able to have.

Desperate to escape a life without love, Marie turns to Aelwyn, and the girls form a perilous plan that endangers the fate of the monarchy.