Books That Give for Japan – Bid on Autographed Blue Bloods & Witches of East End galley!

Richelle Mead the awesome author of the Vampire Academy series, has organized a charity auction for Japan through eBay. Wonderful books from Richelle, Melissa Marr, Kami Garcia & Margaret Stohl and Carrie Ryan are available for purchase. A truly inspired project and 100% of the proceeds go to to charities helping Japan. My husband is an architect, so I chose Architecture for Humanity, what helps to rebuild devastated areas after a disaster. (I like to think Mike is an architect for humanity. 🙂 )

Right now there is a full set of Blue Bloods books, and I will personally autograph each one to the lucky winner.

Also there is a hard-to-get galley copy of Witches of East End! You can’t even BUY this book anywhere. 🙂 So if you want to read it early bid and help Japan. And yes, I will sign this one too.

I will also match all the winning bids so we can send a whole lot of love to those poor people who have lost their homes and have suffered so much.

The Seventh and Final Blue Bloods Novel is Announced! And More BB news!

Publisher’s Weekly had the exclusive today!

And here is the formal announcement from Disney Publishing Worldwide. Kind of love that! So official!

New York, March 17, 2011—Disney-Hyperion, an imprint of Disney Publishing Worldwide, has acquired the seventh and final installment of best-selling author Melissa de la Cruz’s hit Blue Bloods book series and two companion novels. The agreement was negotiated by Emily Meehan, Executive Editor, Disney-Hyperion, and Richard Abate, 3 Arts. Lost in Time, the sixth book in the Blue Bloods series, releases on October 4, 2011, with the final book slated to be published in Fall 2012. There are more than 3 million books in print in the series.

“I am incredibly excited as the Blue Bloods story reaches its dramatic conclusion in the long-awaited finale,” said de la Cruz. “I started writing the Blue Bloods series seven years ago, and it’s been an amazing ride with my fabulous readers and my fantastic publisher, who have stood behind the books from the very beginning.”

“I’m not only Melissa’s editor, I’m one of her millions of fans who has been ever-desperate for more Blue Bloods books,” said Meehan. “I’m thrilled to bring the finale to life, and to extend the longevity of this blockbuster series with the opportunity for new storytelling and characters in the companion novels.”

Melissa de la Cruz (http://www.melissa-delacruz.com) is the author of many best-selling novels, including the first five books in the Blue Bloods series: Blue Bloods, Masquerade, Revelations, The Van Alen Legacy, and Misguided Angel; the Au Pairs series; the Ashleys series; and Angels on Sunset Boulevard. She lives in Los Angeles, California with her husband and daughter.

Needless to say I’m over the moon about all this… and also very emotional… It’s been seven years of writing the series, and the story is coming to an end. I’m consoled by the fact that I have a fresh new story with new characters on deck, but that’s still aways yet. For now I’m concentrating on giving my beloved Blue Blood vampires the best ending ever. I’ve been working on Book Six and Book Seven simultaneously, and it’s an ending that I’ve planned from the beginning, so part of me is a bit… overwhelmed. Seven is the magic number. I was born on September 7th, and it’s always been my lucky number, and I hope you all will enjoy reading it!

IS BACK FOR SEASON 2

THIS GROUNDBREAKING SERIES CELEBRATES & EXPLORES THE SPECIAL RELATIONSHIP BETWEEN WOMEN & THEIR GAY BFF!

NOW CASTING STRAIGHT WOMEN WHO HAVE FOUND REAL, LASTING LOVE WITH THEIR GAY BEST FRIEND IN AUSTIN!  TO SUBMIT, SHOOT AN EMAIL TO:

(JavaScript must be enabled to view this email address)

Send us a bio of who you are including name, age, and occupation.  Tell us why you’d be great for the show.  Why MUST we cast you?  Wha’s happening in your life?  Why is your relationship like none other?  What’s going on in your relationship that makes it so special?  Why do we need you?  Attach a photo & phone number where you can be reached.

A fun sneak from my new book WITCHES OF EAST END, which publishes June 21st! 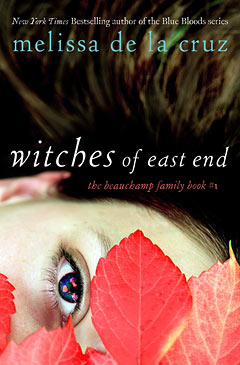 There he was again. The problem. Not Bran, not the sweet man she had pledged to love forever—he had been stolen away by the crowd and was now in the middle of chatting up her mother. His dark head was bent over Joanna’s white one, the two of them looking like the best of friends.

No. He was not the problem at all.

The problem was the boy staring at her from across the room and from all the way down the length of the great hall, Freya could feel his eyes on her, like a physical caress. Killian Gardiner. Bran’s younger brother, twenty-four years old, and looking at her as if she were on sale to the highest bidder and he was more than willing to pay the price.