Have you cast YOUR vote in the DE LA CRUZ ACROSS THE COUNTRY event?

Follow this link to vote for the city nearest you: http://bit.ly/DLCXC

The top seven cities will get a visit on Mel’s Gates of Paradise tour! (you can vote once per day!)

Check out the cities that are in the lead in the picture!

What is the city silhouette on the cover of Masquerade?

It’s time to DE LA CRUZ ACROSS THE COUNTRY!

Follow this link to vote for the city nearest you: http://bit.ly/DLCXC

The top seven cities will get a visit on Mel’s Gates of Paradise tour! (you can vote once per day!)

Chicago, Seattle, New York, Decatur, Miami, Toronto and Richmond are currently the top 7, have you cast YOUR vote? 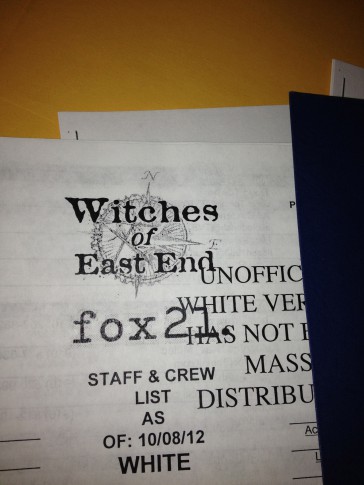 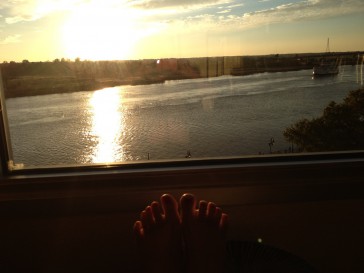 This was the view outside my window. Pretty Hamptons-y right? Funny how to the TV-watching universe, the beaches of North Carolina are the Hamptons. 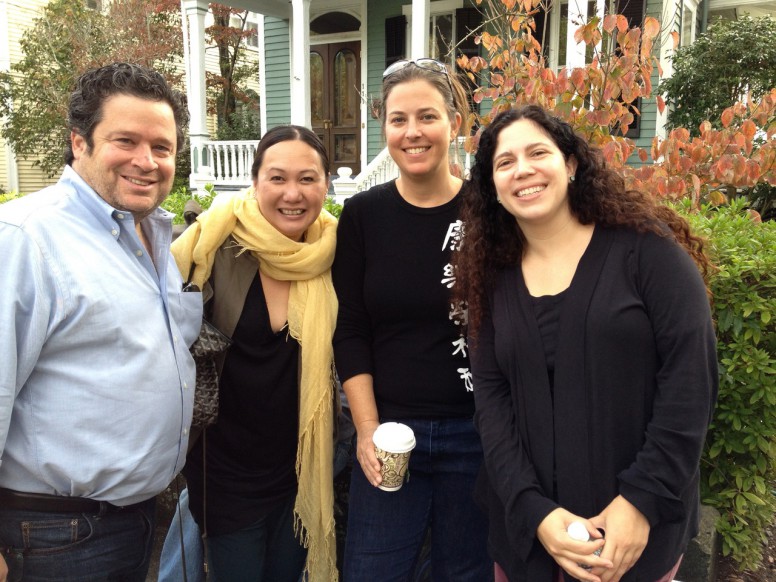 My agent, Richard Abate, who’s been my agent for over a decade, visited the set w/me . Here war are with Jessica Tuchinsky, a producer & Maggie Friedman, the EP who wrote the AMAZING pilot script. 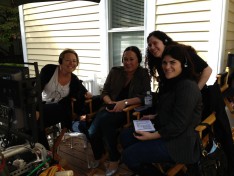 Here we are watching the monitors with Fox 21’s Jane Francis and Morgana Rosenberg from Lifetime. Too much fun with the lady bosses! 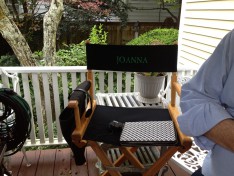 This is Julia Ormond’s chair, it says “JOANNA”. COOL RIGHT? The back says “Witches of East End’ but I didn’t get a shot of it. 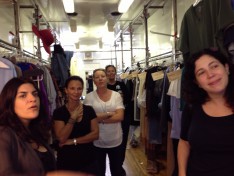 Here’s the team watching Patrick Heusinger try on a shirt. Sorry I can’t show you Patrick, but believe me he looked GOOD!

I went to Wilmington, NC last week to visit the cast and crew of Witches of East End. This was waiting for me at the hotel. HOW COOL IS THIS? I wrote a book and now there’s all this STUFF…a whole PRODUCTION!

On the set I met Julia Ormond (Joanna), Jenna Dewan-Tatum (Freya), Rachel Boston (Ingrid), Patrick Heusinger (Dash/Bran). Sorry I can’t post those photos yet – don’t want to spoil things! Everyone was beyond gorgeous AND so nice.

We’ll find out in January if the show gets picked up! Cross fingers for us!

Mark Waters, who is directing the Witches of East End pilot just sent me this photo of Daniel DiTomasso who plays Killian. I mean, can you EVEN??? How perfect is he??

In, but Out in high school

Was moved by this story in the NY Times this week, about scholarship minority kids at elite private high schools. I was one of those kids. I grew up rich in Manila but when my dad lost his fortune we became poor struggling immigrants in America. My parents were determined to send me to a good school though, and scrimped and sacrificed so my sister and I could attend the Covent of the Sacred Heart in San Francisco.

Convent SF alums include Sen. Diane Feinstein, and Nancy Pelosi’s daughter Alexandra was a few years ahead of me. Socialite Vanessa Getty went there too. In NY, Caroline Kennedy & Lady Gaga were “Convent girls.”  I called it “the debutante school” under my breath. I hated my years at Convent, when I graduated I had a very “See you later suckers” mentality. I swore I would never see those people again.

As a kid says in the article: “You can do a lot of psychological damage to people by ignoring them for an extended period of time. For, like, four years.”

That was what my life was like in high school. I was alone. Some things you never get over: ski tags, pricey Italian vacations, beautiful clothes, things that come easily to your classmates that are impossible for you.

In a way Columbia was even worse, because then the rich kids aren’t the ones ignoring you–in college, they were my best friends. My first week, my roommate, whom I adored, suggested we should go to Miami for the weekend–how fun would that be! It was only a thousand bucks. The amount of money that was supposed to last me the entire semester.

I made up for not having a similar allowance by racking up credit card debt and making my parents feel inadequate, throwing tantrums over why JUST THIS ONCE I couldn’t have a Calvin Klein coat that my friends had that I had found on sale for 70% off at the outlet –and was missing all its buttons–but I clutched that coat tightly to my chest and would not let it go and I am still ashamed at how my father grimaced when he saw the price.

I was supposed to be dutiful and disciplined and to take from the school my hard-earned diploma and try to convert it into a career and a life that would make my parents’ sacrifices worthwhile, but when I went to Columbia I wanted to be wild and carefree and beautiful and fun. I wanted to dance all night at clubs and smoke cigarettes and drink gin and tonics and be one of the girls who had it all–looks, smarts, the best parties.

What I want to say to these kids is that it’s worth it. One day you will look back at those four years in high school and you will feel a strange and surprising affection for the place, which gave you an amazing future.

I realize now how much that education meant for me, personally. I turned it into Blue Bloods, which changed my life. So much of what I learned at Convent went into that book–the cliques, the mannerisms, the attitudes of the students, as well as the history and art history lessons that was poured into me by my amazing teachers.

And NO ONE–not even those kids who look like they have it all–gets out of high school without some psychological damage. That’s what it’s for right? 🙂 Otherwise we wouldn’t have a whole genre devoted to it.

Wolf Pact – Part Two is available Tuesday! You can pre-order your copy now!