Make sure to subscribe for a fun sneak peek of Gates of Paradise! 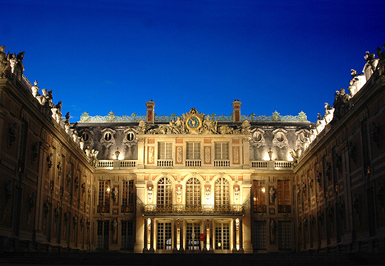 “My stepmother had ambitions for Versailles.”

Answer to today’s Trivia is…

“You’ve been hanging out with Kingsley too much.”

Hardworking Writers or what I learned from Holly Black I spent the weekend in Charleston at YALLFEST, which was awesome and amazing, mostly because of the lovely writers we had there – who are a funny, friendly, and fun-loving bunch. If you guessed that Margie, Pseud and I invited ‘people who would be fun to drink with’ on the top of our list for author invites, you would have guessed RIGHT.

There are tons of recaps of YALLFEST but I will share with you my personal favorite. I was at lunch with the lovelies Carrie Ryan, Cassie Clare and Holly Black, and we were talking about fantasy books and craft and deadlines.

I told them that I felt lucky because a few of my deadlines had been pushed back, and I was joking, as I often do, that it just gives me more time to procrastinate, and isn’t that FINE? Because isn’t that what a writer would do?

To my surprise, Holly looked at me and said, “Or, you could take all that extra time, and FINISH book two AND write book three as well, so that you could HINT at stuff in book two that you will need for your finale. You have been handed a gift of a lot of time–use it wisely.”

I was pretty dumbfounded. It had never even OCCURRED to me to do that. (I outline my series and my books so I pretty much know what to hint and what to seed.)

But what Holly was telling me was that I could FIX book two while I was working on book three.

Hard-working writers man. They put me to shame.

Holly Black, you are awesome. And now, to make use of that time wisely.

Can you guess which Blue Bloods series book cover this is?

Make sure to continue to VOTE VOTE VOTE in the DE LA CRUZ ACROSS THE COUNTRY event!

Follow this link to vote for the city nearest you: VOTE HERE

The top seven cities will get a visit on Mel’s Gates of Paradise tour! You can vote ONCE PER DAY, so keep those votes coming! 🙂

Have you voted TODAY? The top seven cities so far: