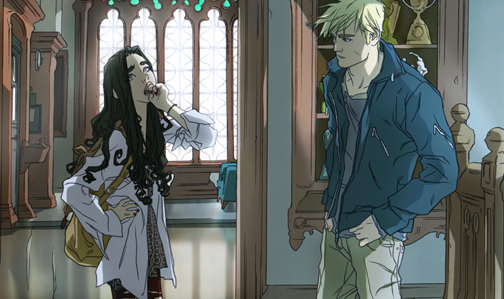 Answer to todays Blue Bloods True or False is… 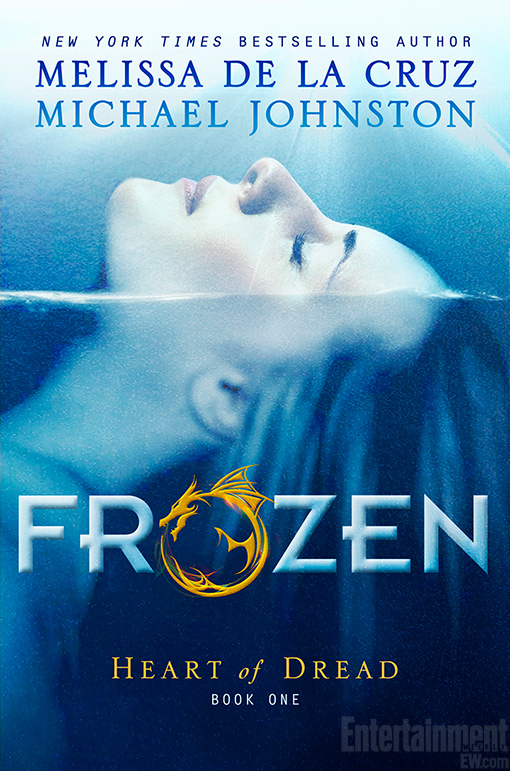 Don’t forget that when you Pre-order Frozen to send your receipt and your snail mail address to melissadlcoffice@gmail.com for a SIGNED copy of one of the Blue Bloods books!

You can Pre-Order Frozen here: 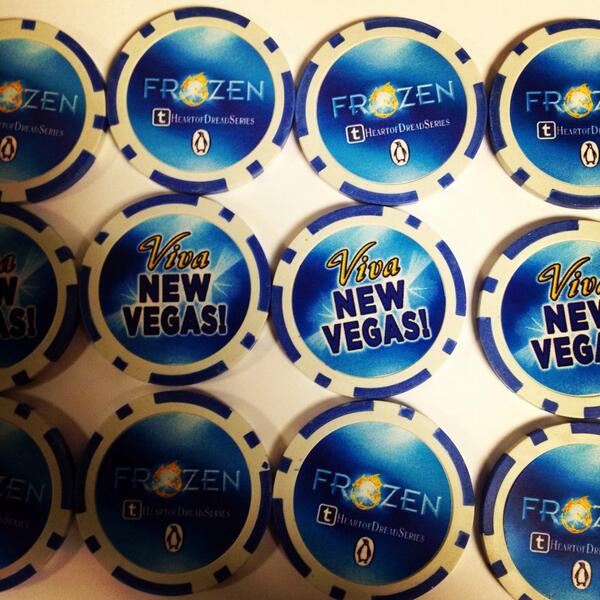 Check out these beauties!! Swag for SDCC! 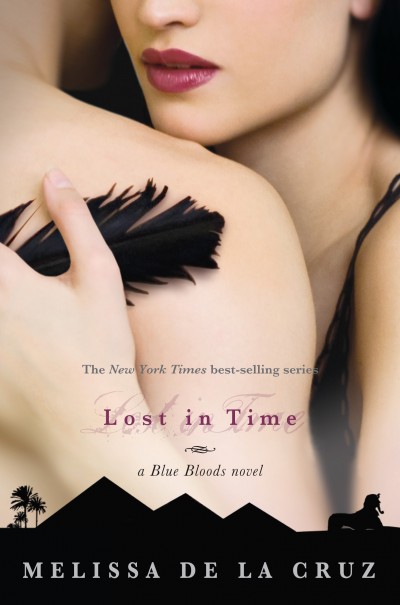 In Lost in Time Jack and Schuyler travel to Cairo to find a solution to the impending blood trial.

We are getting SO EXCITED for Comic Con International over here at Penguin Teen HQ. We can’t wait to see all of you who will be able to be there! To make sure you don’t miss anything we have planned, take note of our events, below. All of our events are followed by a signing, so make sure to leave room in your packed schedule for those, as well!

Even if you can’t make it to all of the amazing events our authors are participating in, be sure to swing by booth #1028 where we’ll be handing out cool stuff until we pass out from exhaustion.

Ode to Nerds Panel, Room: 6A
1:45p.m. – 2:45p.m.
Everyone knows that published science fiction authors reign on the Geek Heirarchy charts because the Internet tells us so! (See, The Brunching Shuttlcocks) Join us on this epic panel as the genre’s top names in publishing celebrate all things geeky and nerdy! With: Cory Doctorow (Little Brother), Chuck Palahniuk (Doomed), Patrick Rothfuss (Name of the Wind), Austin Grossman (YOU), D.C. Pierson (Crap Kingdom), and Robin Schneider (The Beginning of Everything). MODERATOR: Charlie Jane Anders, io9.com
SIGNING: AA09, 3:15-4:15 PM

Epic Fantasy Panel; Room: 24ABC
2:30p.m. – 3:30p.m
Dragons, elves, and magic — epic fantasy transports us to another world. Join some of the genre’s biggest authors as they discuss the worlds of their own creation and what fantasy has to say about our own world: Robin Hobb (Blood of Dragons), Raymond Feist (Magician’s End), Django Wexler (The Thousand Names), Brandon Sanderson (Mistborn and the Wheel of Time series), Melissa de la Cruz (Frozen), Christopher Paolini (the Inheritance cycle), and Daniel Abraham (The Tyrant’s Law). MODERATOR: Colleen Lindsay (Penguin Group USA).
SIGNING: AA09, 4:00-5:00 PM

When Grrls Fall in Love Panel; Room: 23ABC
11:00a.m. – 12:00p.m.
From The Hunger Games’ Katniss to Divergent’s Tris, no one knows how to give a solid ass-kicking like a young adult novel heroine. But when these young ladies aren’t saving the world, overthrowing powerful regimes, or slaying everything from zombies to dragons, they still find time for romance. Cassandra Clare (The Mortal Instruments), Ally Condie (Matched), Veronica Roth (Divergent), Holly Black (The Coldest Girl in Coldtown), Marissa Meyer (Scarlet), Lissa Price (Starters), and Veronica Wolff (The Watchers) discuss the delicate balance between killing and kissing, and what it takes to properly woo a YA heroine. Moderated by Sherri Smith (Orleans).
SIGNING: AA09, 12:30-1:30 PM

Apocalyptic / Zombie; Room: 23ABC
12:00p.m. – 1:00p.m.
It’s the end of the world as we know it. Join some of the best zombie and apocalyptic authors S.G. Browne (I Saw Zombies Eating Santa Claus­), Matt Mogk (Everything You Ever Wanted to Know about Zombies), Nick Cole (Old Man and the Wasteland), Peter Stenson (Fiend), Alan Averill (The Beautiful Land), and Rick Yancey (The 5th Wave) as they discuss the threat of zombies, how they imagine the end of the world, and the art of writing apocalyptic stories, alongside moderator Aaron Sagers (MTV/CNN pop culture contributor).
SIGNING: AA09, 1:30 – 2:30 PM

Dark Crystal Author Quest; Room: 28DE
3:00p.m – 4:00pm
Lisa Henson (CEO, The Jim Henson Company) and Cheryl Henson (Labyrinth, The Muppet Show) are joined by Grosset & Dunlap’s Francesco Sedita (President and Publisher) and Rob Valois (Senior Editor) to discuss their exciting new contest to find the author of the first installment of the upcoming Young Adult book series set in the world of the classic Jim Henson fantasy film The Dark Crystal. Panel will feature information on how to participate in the Author Quest, an overview of The Dark Crystal world, and a look at the new fan destination darkcrystal.com as well as a Q&A.

Witches and Fey, Monsters and Mortals Panel; Room: 24ABC
2:00p.m. – 3:00p.m
That vamp’s a tramp; this witch is a real bitch.  Pixies will pinch; and the fey go beyond fairly frightening.  The ghouls are ghastly, and we mere mortals are growing testy. Oh, and that creepy-looking fella is sprouting fur from his feet, and who knows ‘were’ else!  This panel will profile some of the scariest characters in modern popular fiction and may even provide perspective on the monsters of myth. With: S.M. Wheeler (Sea of Change), Brom (Krampus), Morgan Rhodes (Falling Kingdoms series), Amber Benson (Calliope-Reaper Jones series), Seanan McGuire (October Daye Series), Leigh Bardugo (Grisha Trilogy/Shadow and Bone), Rachel Caine, (The Morganville Vampires series). MODERATOR: Jeanne C. Stein, author of the Anna Strong series
SIGNING: AA09, 3:30-4:30 PM

No matter which events you end up attending, make sure to keep up with all the Penguin happenings on twitter (@penguinteen) and instagram (@penguinteen). 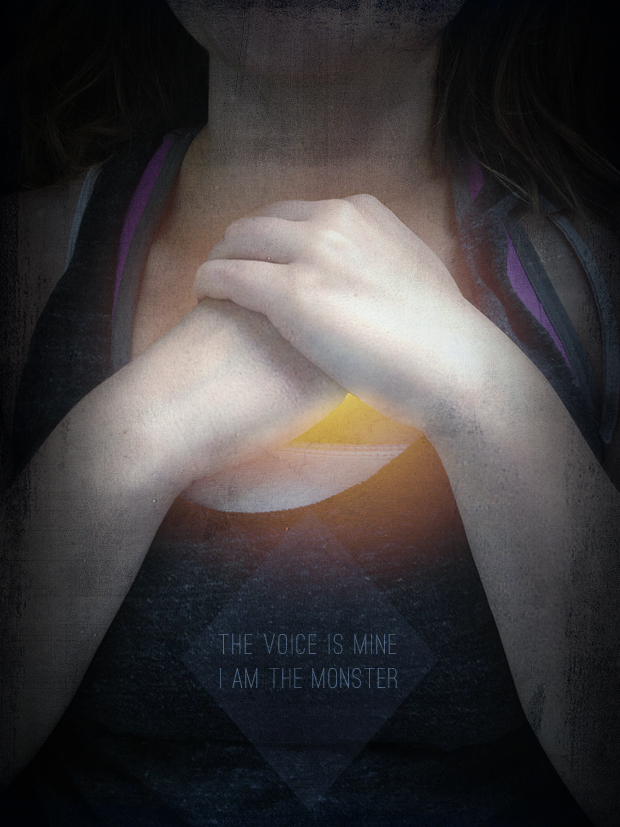 She could feel the power within her, the wild, savage, and uncontrollable force that had the ability to destroy entire worlds. 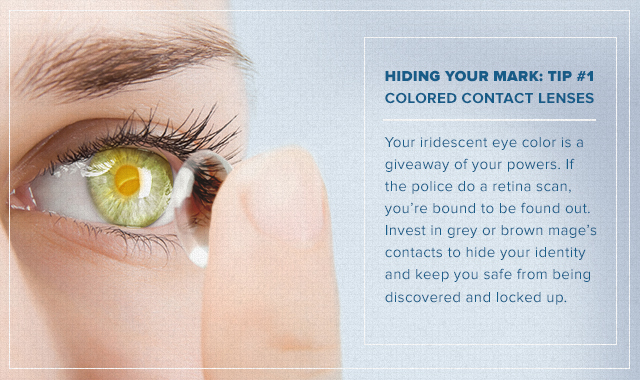 She told herself she had nothing to fear, nothing to hide. Her eyes were the same as the rest.

Check out this new interview with Mel!